The team at Unleaven U works hard to write teachings, lessons, and curriculum that enable students (we are all to be students and disciples to Yeshua) to learn Torah from a first-hand perspective. Rather than just receiving doctrinal viewpoints or other people’s opinions about what Torah says, students are encouraged to dig out the Truth for themselves.

We believe this is the equipping of the body through evangelism and apostolic outreach so that every believer is tempered with Scriptural convictions being birthed through the Ruach and discovered through the integrity of their own studying.

The staff below prays for the people their work reaches. They, also, prayerfully work through the studies and teachings they provide with the hope that YHVH will use each facet for His glory. Please pray for Unleaven U staff as they seek the Father’s heart in preparing Torah studies and discussions. 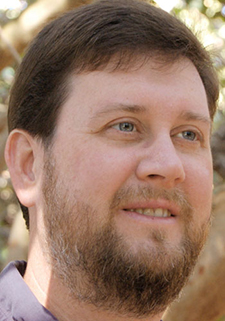 Ben Davis is the founder and Executive Director of resTorah Ministries. His role is to facilitate believers into a true place worship in their physical and spiritual lives. Since 1982, when he gave it over to Yeshua, this progressive call has been on Ben’s life. Later, in 1990, Ben began diligently studying the Scriptures and questioning why the church did not keep Torah. It was then that the Ruach led him to a Messianic fellowship meeting on Erev Shabbat. The next year, the Father introduced him to his future wife, Tori, from within the same fellowship. At that time Ben and Tori became involved in the fellowship’s dance ministry, which was the starting point for their lives’ anointed call to worship YHVH. Through a venue of worship experiences, Ben was shown glimpses of YHVH’s throne room and was groomed to lead other worshippers to that place of intimacy.

Since the early 1990s, Ben has traveled to various parts of the world, including Israel, staging worship events, serving as artistic director for conferences and feast gatherings, and was the assistant director at a worship theatre in Kansas City. Later, Ben became the worship pastor of a ministry in central Fla. and artistic director of Restorah Ministries. Through these experiences, along with overseeing two Messianic communities from 2004-2008, Ben is committed to a lifestyle prescribed by Torah, leading his wife and seven children to a life exemplified by Yeshua—as a bondservant to YHVH and those around him. Worship has been the continuous theme in Ben’ life as led by the Ruach haKodesh to worship the Father in the Ruach and YHVH’s Word.n

Today, Ben invites you to take part of this journey with him, as he continues to seek the face of the Father through His Son, Yeshua, through extravagant worship and learning the truth as revealed by the Ruach.

Ben works as a creative professional, publishing books and various marketing materials. His education includes a degree in Communications, Business Management, as well as extensive coursework in Non-profit Management and Theological Studies. Ben works with leaders to help them focus on becoming better facilitators and continues to lead worship through the visual and performing arts. 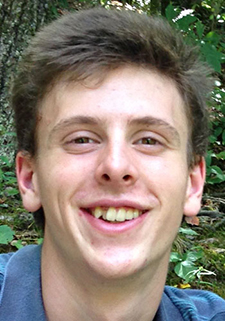 ©2021 Unleaven U | Hear. Obey. Repeat. | A teaching outreach for the modern believer in Messiah.

The faculty and staff at Unleaven U and Restorah Life value your input and questions. Please, send us an email and we'll get back to you, asap. Shalom!